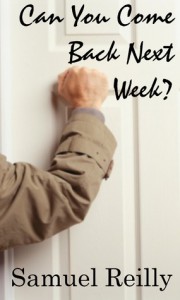 I was completely charmed by this memoir. Author Samuel Reilly was a door-to-door salesman in Glasgow in the decade following World War II, and this book tells some of his stories from that time. He both sold goods and had to collect on credit accounts, so he had frequent rounds (or, as they were called then, journeys) to make in some of the less pleasant neighborhoods.

Reilly's authorial voice is such that you can imagine sitting down with him over a pint and hearing him tell the tale to you directly. There are humorous tales as well as some where he found himself in hairy situations (view spoiler) as well.

Those interested in modern history, as well as how items were sometimes sold in the days before the internet, will find this book entertaining.