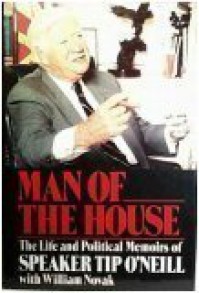 It seems as though it took forever to read this book, although I enjoyed it tremendously. The truth is, sometimes I just wasn't in the mood for political science.

Having said that, however, I must admit that I found Tip O'Neill's memoir quite entertaining. His narrative voice here is charming and folksy; I felt as though he was sitting next to me telling stories about some of the most famous politicians of the 20th Century.

I learned a great deal about the machinations of government that quite obviously led to today's conservative "purity test" types (i.e., the Tea Party) and why they were able to come to power so easily -- despite it being a matter of nearly 20 years after this book ends before they started to ease their way into power.

Those who truly want to understand how our government works behind the scenes would do well to read this book.