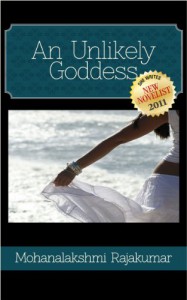 My guest this week is author Mohanalakshmi Rajakumar. We have a great interview, and an excerpt from her award-winning novel, An Unlikely Goddess. Enjoy!

How did growing up as a child of immigrants in the US impact your work today?

Being the child of immigrants transforms you. You’re both the expert in public - even if your parents speak English, Americans prefer to interact with an accent neutral speaker – but also the novice inside the home. These dual roles divide you while you’re young but juggling them helps you prepare for the many roles we hold as adults.

People who are disconnected from others or tying to make their own community, as I found I had to as a child of two cultures, are a recurring theme in my books. Struggling to find a safe space between expectations and ambitions, duty and free will, are also conflicts I experienced as a child and ones you see in my characters.


You are currently living in the Middle East and are a working mother of two. How does this impact your work, not just from the time crunch angle but as to what you choose to write about?

I am fascinated by the ways in which personal experience come into contact with community expectations. Whether you are Indian or Arab, there are community standards for behavior – especially for women – that you cannot ignore. You have to reconcile how you will live your life but also honor those principles which you find valuable. Not easy, but very important.

Because all of my stories start with a question which I don’t know the answer to, writing for me is very personal. If I don’t sit at my desk and figure it out, no one else is going to. Or they may not come to answers the same way that I would.

My story has no one else but me on whom to depend to make it into the world. For me writing is a privilege. I’ll give up watching T.V., sleep, even a meal, if it means I can get to writing. Not a long term strategy, but a good one when deadlines are looming.

In portraying strong women, are you trying to give a role model to your daughter, or to your son, about how to treat women?

We have two boys, but I also have three nieces, and absolutely, my work is about letting them know what’s acceptable for male/female relationships. I also want them to know that they can live their own path; they don’t have to follow everyone else’s footsteps. The journey of the rebel is sometimes lonely but the rewards are priceless.

How does where you live impact your work?

Being in Qatar has been excellent for my work because it has allowed me the luxury of time. When you live far away from home, family, friends, Christmas commercials, you get a chance to design your life. I never feel as though I have enough hours in the day but I’m not spending them in a gridlock commute or other timewasters. This part of the world is also much more generous with holidays so even if I’m working particularly hard one month, there’s usually a long weekend or big break coming up in which I can make up for time spent away from my family.

How do your cultural identities infuse your work?

My characters reflect my interest in the world and the way I see cultures mixing. They are rarely safe in a cocooned world and often they come into direct contact with someone completely different from them, but someone who they love immediately, whether as a friend or romantically. All of that has been true for me; in our differences we can also see celebrations of uniqueness.

…The Hindu goddess, Sita, is said to have been born from the Earth.
King Janaka discovers the beautiful infant and in her beauty, believes in her divinity. He raises her as his own daughter……

Unlike her namesake, Sita's first mistake was being born.

A girl, her mother thought, eyes dark in abject terror. What if he leaves me? She swallowed, increasing the dryness in her post-delivery mouth, the stiches across her abdomen itching. No water. Only ice chips until her bowels passed the tests. Mythili pressed back against the pillows. She closed her eyes, pushing her fingers into the sockets until the darkness was punctuated by bone-white stars. She wished she could as easily tune out the gurgles of the baby in the bassinet beside her.

Yet, even premature and unwanted, Sita was obliviously happy to enter the world, beaming her infant smile at anyone or anything she saw: the nurse, her aunt, her mother's back, the noxiously-pink cement walls of the Madras hospital in which she found herself. Several pounds underweight, she was otherwise fine—a petite, brown-skinned baby with tufts of black hair crowning a smooth scalp. How could she be expected to know that from her first breath she was, and always would be, a living reminder of her mother's failure to produce a first-born male heir?

Though swaddled and placed in the bassinet immediately after delivery, her eyes were alive with motion. She blinked up at the faces of passersby, but they were admittedly few, so instead, she followed the blinking lights, the creeping shadows and the occasional appearance of a nurse. Everything about the world kept her busy with delight until sleep washed over her little body.

“Look at that smile,” the young nurse said, cradling Sita against her flat bosom.

Instead of replying, Mythili, Sita’s mother, pulled a see-through blue sheet up to her chin and turned her face away. 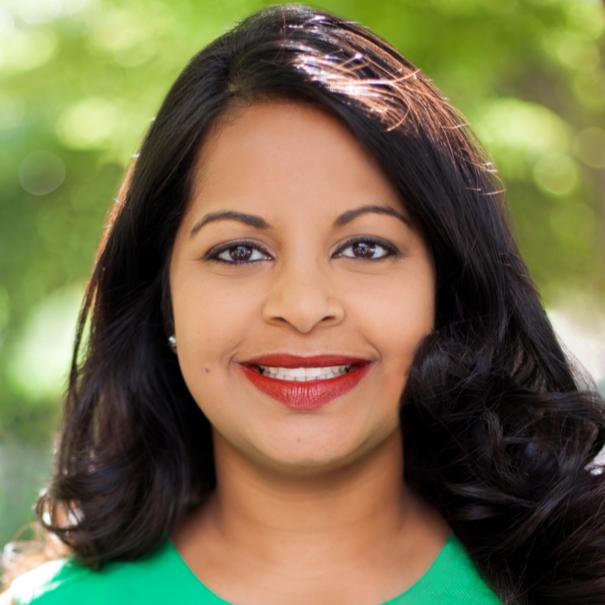 Mohanalakshmi Rajakumar is a South Asian American who has lived in Qatar since 2005. Moving to the Arabian Desert was fortuitous in many ways since this is where she met her husband, had a baby, and made the transition from writing as a hobby to a full time passion.  She has since published seven e-books including a mom-ior for first time mothers, Mommy But Still Me, a guide for aspiring writers, So You Want to Sell a Million Copies, a short story collection, Coloured and Other Stories, and a novel about women’s friendships, Saving Peace.

Her recent books have focused on various aspects of life in Qatar. From Dunes to Dior, named as a Best Indie book in 2013, is a collection of essays related to her experiences as a female South Asian American living in the Arabian Gulf. Love Comes Later was the winner of the Best Indie Book Award for Romance in 2013 and is a literary romance set in Qatar and London. The Dohmestics is an inside look into compound life, the day to day dynamics between housemaids and their employers.

After she joined the e-book revolution, Mohana dreams in plotlines. Learn more about her work on her website at www.mohanalakshmi.com or follow her latest on Twitter: @moha_doha.