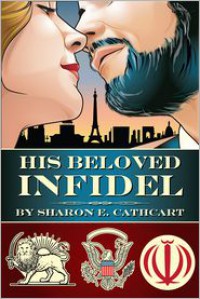 Despite Farukh’s best hopes, Dadash droned on, first about their youngest brother, Kourosh, and his studies at the Tehran School of Social Work. And then, something that got Farukh’s attention.

“ ... time you were married,” Dadash was saying. “You are thirty years old. We must get you back to Iran and find a good, modest Muslim woman for you. An appropriate match.”

“I have someone in mind,” Farukh said quietly.

“Good,” Dadash replied. “Now, let us listen to the Agha speak.” He switched the radio on and dialed in BBC Maks, the Persian-language station; the Ayatollah was making his weekly address. Dadash always referred to the cleric as “Agha,” which meant leader.

Farukh closed his eyes. Dadash could never know about the woman he loved. Not only was she not Muslim, she was an American. And she did not seem to know that Farukh was alive.

Like Farukh, Catherine Ellis was a teacher at the World Language Institute. She had blonde-streaked brown hair that reached just to her shoulders, and blue eyes that always seemed to be smiling. She dressed fashionably without being outrageous, and was well-liked by both students and faculty. So far as Farukh could tell, she was not seeing anyone.

By now, he thought, she must have found her Christmas present.

-----
You can purchase His Beloved Infidel in a format to suit your eReader at https://www.smashwords.com/books/view/332299