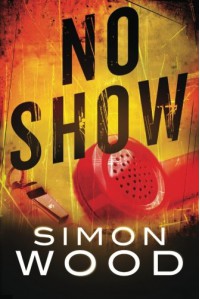 Terry Sheffield is thrilled; the ICE hoops have been jumped through and he's finally returning to the San Francisco Bay Area from England. His wife, Sarah, is to meet him at the airport ... except that she isn't there. No messages, nothing. When he gets to their home, he discovers that she isn't there, either.

And then dead women start showing up ... women she knows about in her capacity as an investigative reporter. Somehow, Terry finds himself in the cross-hairs of the local sheriff as a suspect. So, he and his newfound buddy Oscar set out to find Sarah and figure out what's going on. Pretty soon, Terry is getting too close for comfort to the truth about what's happening ... and he's in danger as well.

This book was one that I hated to put down; I finished it over the course of two evenings. The characters and situations are realistically drawn; in fact, some of them felt a little too real for comfort! I was surprised when the "whodunnit" was revealed, which seldom happens anymore, and that's always a good thing.