Most Definitely Not For the Layman 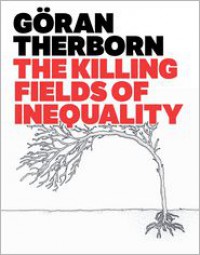 Göran Therborn's treatise on inequality is rich with information on inequality in both wealthy and developing nations.  With statistical data based on Gini coefficients and Kuznets curves, he demonstrates what is going on and how it affects peoples' lives.  If one is a sociologist, this is fabulous.

If one is a layman, not so much.  The dizzying number of mathematical calculations make this book pretty dry.

However, Therborn also does something that I haven't seen in any other works on inequality:  he considers that there is more to it than just economics.  Therborn delves into vital inequality, which has to do with health and lifespan, via several examples.  One of the most notable is the Whitehall study, which showed that the lower down one worked in a hierarchical system, the lower one's lifespan was likely to be due to added stressors caused by the inability to control one's work.  He also looks at existential inequality, which has to do with being able to have equal access to the full range of human experiences.  Anti-GLBT sentiment and misogyny are examined pretty thoroughly here.

To me, that's what saves the book from being a complete slog for the non-sociologist.  If you're particularly interested in the subject of inequality, pick this up.  If you are just dipping your toe into the waters of studying the matter, this is probably not the place to start.